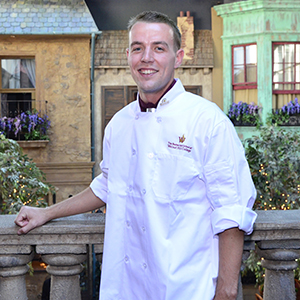 Thaddeus graduated with an A.S. in Culinary Arts in July 2015 and completed his bachelor’s degree in February 2017. He developed a love of food at a very young age, as he spent summers cooking at family gatherings in North Wildwood, New Jersey. In 2013, he worked at Philadelphia’s premier wedding company, Cescaphe Event Group, which only intensified his passion for food and fueled his dream to pursue a career in the hospitality industry. Thaddeus is a proud alumnus of the College and the Student Leadership Development Institute and plans to use the experiences he had at WHC in both his professional and personal life.