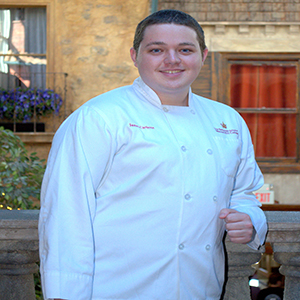 James Carbone completed his A.S. in Pastry Arts in February 2014 and received a bachelor’s degree in the same major in July 2015. He had originally gone to Washington College to study computer science; however, he later found his passion for pastry arts and is now pursuing the industry full time. With a successful academic career at Walnut Hill College complete, James dreams of opening his own bakery in the future and is already learning the ropes as our 2016 Pastry Arts Fellow.