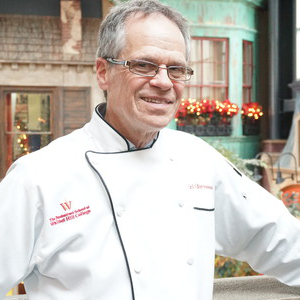 The journey that took Chef Trevisani to his position as Vice President of Culinary and Pastry Arts began over 35 years ago. As a teenager, Chef Trevisani discovered that cooking for people was a way to reach someone’s heart. For decades, he dedicated himself to developing the skills and appreciation that only a true professional gastronome and gourmand can claim.