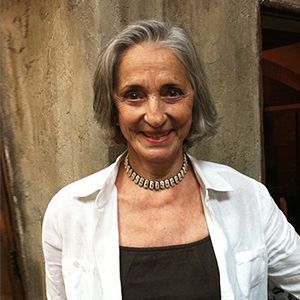 Born in Marrakesh, Chef Esther McManus was the first generation of “educated” girls in her family, studying and teaching French from Morocco to Israel. She eventually found her way to Philadelphia, where she became Consulting Chef at Le Bus in the 1990s. Chef McManus helped to build the once small restaurant and the idea of artisan bread into the empire it is today, and now Le Bus bread can be found in literally hundreds of restaurants and stores throughout the region.

It is no surprise that when Julia Child decided to write a tome on the best baking in America that she called on Chef McManus for her expertise. Baking with Julia became a PBS hit and a bestselling book, and the teaming of Julia Child and Esther McManus lovingly preparing perfect croissants captured the charm and sincerity for which Chef McManus is known.