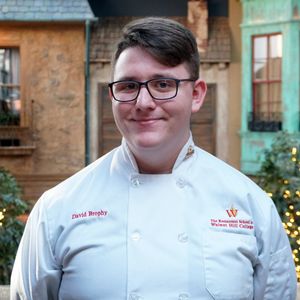 David Kevin Brophy received his associate degree in Culinary Arts in March 2018 and will graduate with his bachelor’s in the same major in July 2019. He plans on taking his degrees and opening his own upscale Irish pub and eventually becoming an instructor. David got into the culinary industry because he has always loved cooking with his dad and making food for his grandmother, and it makes him feel closer to them when he is in the kitchen. He loves helping around campus whenever he can and being involved in everything.