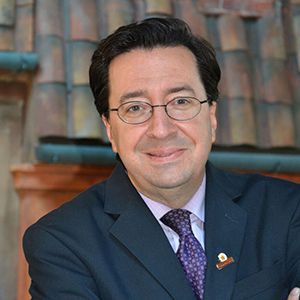 Fascinated with food and the restaurant business, Daniel Liberatoscioli began his journey at Walnut Hill College as a student in the College’s first year of operations. His restaurant career soared soon after, when the College offered him the positions of Executive Chef and General Manager of Upstairs/Downstairs, a Philadelphia restaurant the College managed at the time. He then became Executive Chef of Morgan’s, which quickly developed a reputation for creating cutting-edge Nouvelle Cuisine under his guidance.

Daniel’s entrepreneurial spirit led him to pursue food-related projects, like the specialty food and catering business La Charcuterie, which supplied restaurants and gourmet shops with charcuterie and gourmet food. During this time, he developed a series of culinary greeting cards that was offered in specialty food and gift shops around the world. Daniel also co-authored a series of cookbooks for a consulting group specializing in innovative children’s education and managed a cooking school for the general public that brought together some of Philadelphia’s most celebrated chefs as instructors. During his many years at Walnut Hill College, he has held the positions of Chef Instructor, Director of Culinary Arts, and now President.