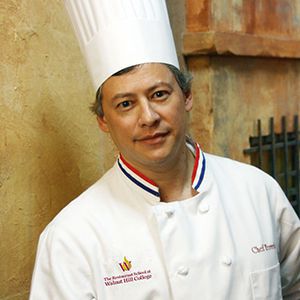 Chef Ferretti is a graduate of The French Culinary Institute in New York City, where he received Grand Diplomas in Culinary Arts and Pastry Arts. He also graduated from The University of Massachusetts, Amherst with a degree in Economics, Journalism, and History. Prior to becoming a chef instructor at Walnut Hill College, he served as both an instructor at The French Culinary Institute and an associate professor in the Culinary Arts program at Paul Smith’s College. In May 2017, he earned the title of Certified Executive Chef from The American Culinary Federation.