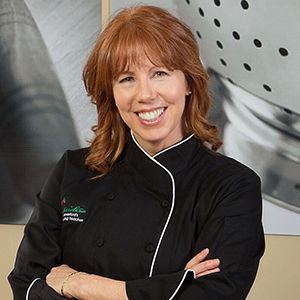 Chef ChristinaPirello is the Emmy-Award-winning host of the show Christina Cooks, which airs weekly on over 200 public television stations nationwide and in over 50 countries on Discovery Health.

Since 1988, Chef Pirello has been teaching whole foods cooking classes, conducting lifestyle seminars, and lecturing all over the United States about the powerful role food plays in our lives. She has written six cookbooks, including the bestselling Cooking the Whole Foods Way, which was named the “Healthiest Cookbook of the Decade” by the Washington, D.C. based Physician’s Committee for Responsible Medicine. Chef Pirello is also a regular contributor to The Huffington Post and The Examiner and a featured columnist for VegNews, New Visions, First for Women, Natural Health, and Vegetarian Times magazines. In addition to being a chef instructor at Walnut Hill College, Chef Pirello is a member of the College’s Board of Trustees.